A quarter century of success in biotechnology 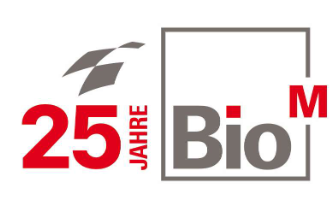 BioM and the Munich Biotech Cluster celebrated their 25th anniversary. Together, they can claim a great success story. With the support of the biotech cluster management organization, the life science region has become one of the most successful biotech hotspots in Europe. At the celebration event in the Kupferhaus in Planegg, around 250 invited guests from industry, science and politics came and looked back on the joint achievements as well as on a promising future.

It all started in 1997: BioM was founded to strengthen Munich's biotechnology sector after Munich had won the BioRegio competition of the German Federal Ministry of Research and Technology (BMFT) a year earlier. Since then, BioM has been acting as the cluster management for the biotechnology industry in Munich at the Martinsried campus. In the meantime, the Munich biotech cluster with its more than 220 biotech companies and over 19,000 employees has developed into one of the most successful European biotech clusters. 12 drugs from companies based in Munich have been approved to date. Munich is also a hotspot for the start-up scene: over the past 25 years, numerous companies have been founded in the field of biotechnology, many of which BioM has supported.

Prof. Horst Domdey, managing director of BioM, is very pleased with the successful work of BioM and the Munich Biotech Cluster over the past 25 years: "The innovation-driven Munich Biotech Cluster has an exceptionally high scientific and entrepreneurial potential, which is fed by the many excellent research institutions. BioM will continue to do everything possible to leverage this potential, to support the activities that emerge from it and to jointly lead them to success. Thus, the next 25 years should continue to be very exciting!"