Why are genetically identical individuals different? Ask your mum! 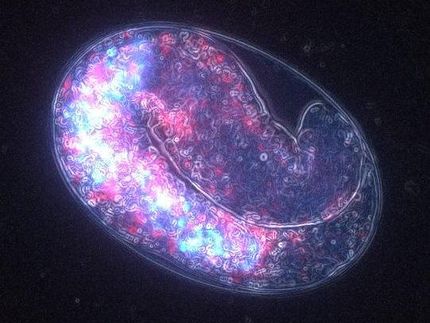 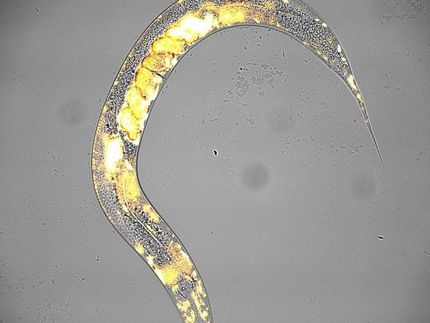 Caenorhabditis elegans worm with fluorescent yolk and embryos inside 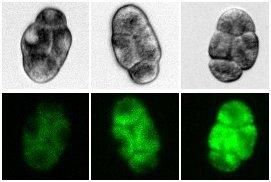 Does the age of a mother influence the traits and characteristics of her progeny, and how? A team of scientists at the Centre for Genomic Regulation (CRG) in Barcelona have addressed these questions by studying tiny, genetically identical C. elegans worms.

"Our lab has long been interested in understanding why genetically identical individuals sharing the same environment still often differ substantially in their characteristics," explains Ben Lehner, ICREA Professor and Coordinator of the Systems Biology Program at CRG. "Through a rather circuitous route, we have now identified a major cause of these differences in one of the main model organisms that we study."

"We observed that the age of a mother has a major impact on the physiology of her offspring" states Marcos Francisco Perez, PhD student and co-first author of this work. "Surprisingly we found that it is the youngest mothers that produce offspring that are impaired for many characteristics such as their size, growth rate, and starvation resistance" explains post-doctoral researcher and co-first author of the study, Mirko Francesconi. "The offspring of young mothers also have fewer offspring themselves when they become adults," he adds.

"These differences are caused in part because young mothers provide less of a specific protein complex to their embryos," adds Marcos Francisco Perez. Why would a worm produce low quality progeny early in life? "Producing progeny early in life, even if they are lower quality, has a major benefit because it dramatically shortens the generation time of the species," explains Marcos Francisco Perez.

"What's particularly interesting is that the age of an individual's mother determines their characteristics throughout their lives," adds Ben Lehner. "This is a really interesting example of how the physiology of a previous generation can alter not only the development of an animal but also its characteristics as a mature adult."

Of worms and humans

Ben Lehner and his team are interested in understanding what makes individuals different and how these differences originate in the interactions between genetic, environmental, ancestral and stochastic sources of variation. Worms are a great species to use in this type of study, because scientists can raise large populations of genetically identical individuals in the same laboratory environment. Worms and humans are evolutionarily distant but still share a large fraction of their genes, as well as most of the major genetic pathways which regulate development, metabolism and nutrition. Still, their results concerning the effect of maternal age do not translate to humans but illustrate the kind of ways in which differences between genetically identical individuals might arise.

"Our results are also important for the thousands of people doing research in this species. People don't consider maternal age when designing experiments but now we have shown that it is an important factor," conclude the scientists.