08-May-2017 - Institute of Science and Technology Austria (IST Austria)

How neurons and glia cells are created in the developing brain 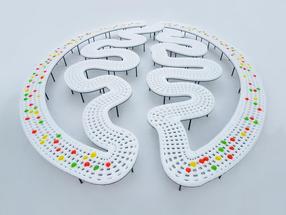 Neurons and glia are the cells that make up our brain. In the cortex, the brain area that enables us to think, speak and be conscious, neurons and most glia are produced by a type of neural stem cell, called radial glia progenitors (RGPs). It is vital that no errors occur in this process as disruptions can lead to neurodevelopmental disorders such as microcephaly, a condition in which a baby's head and cortex are significantly smaller than that of other babies. But how is this production of neurons and glia cells controlled? Simon Hippenmeyer and his group at the Institute of Science and Technology Austria (IST Austria), including first author Robert Beattie, as well as colleagues at North Carolina State University and the Fred Hutchinson Cancer Research Center in USA, found that a gene called Lgl1 controls the production of certain neurons in the cortex of mouse embryos, and plays a role in the production of other types of neurons and glia after birth.

The production of neurons and glia in the developing cortex is tightly regulated. RGPs produce the majority of them. In previous studies, Hippenmeyer and colleagues have shown that the division pattern of RGPs is not random. They have demonstrated that each individual RGP produces a predefined unit of neurons and glia cells in a precisely orchestrated developmental program which ensures that the brain faithfully grows to its normal size.

In the present study, the authors asked what mechanisms control the exact output of RGPs. In particular, the researchers investigated the role of the gene Lgl1, which had been predicted to regulate RGP proliferation. The gene's precise role was previously unknown and Hippenmeyer and colleagues now used a technique called MADM, short for Mosaic Analysis with Double Markers in order to decipher the function of Lgl1 in RGPs at unprecedented single cell resolution.

Using MADM, Hippenmeyer and colleagues eliminated Lgl1 either in just single RGPs, or in all RGPs. At the same time, individual cells are labelled fluorescently, so that they can be studied under the microscope. The authors show that Lgl1 controls the generation of neurons and glia cells in the developing cortex in two different ways. First, for the generation of neurons in the early embryo the function of Lgl1 is simultaneously required in the entire population of RGPs. If Lgl1 function is absent in all RGPs, but not if absent in just individual RGP cells, dynamic community effects lead to malformation of the cortex resembling 'Double Cortex Syndrome', a severe human brain disorder. Second, for the production of glia cells and neurons in the postnatal brain, Lgl1 function is 'only' required in the individual stem cell which is just in the process of generating a neuron or glia cell. This type of Lgl1 gene function is called cell-autonomous or intrinsic while the requirement of Lgl1 gene function in the entire community is called non-cell-autonomous. In other words, you require the entire orchestra for a symphony (generate neurons in embryonic cortex) but only an individual soloist for a solo (produce neurons or glia cells in postnatal brain). Simon Hippenmeyer explains how this research will influence the way how the role of genes during development should be analysed in the future: "Our study emphasizes that both intrinsic gene functions and community-based environmental contributions are important for the control of radial glia progenitor cells in the cortex in particular, and for neural stem cells in general. It will thus be important in future genetic loss-of-function experiments to precisely dissect the relative contributions of cell-autonomous, intrinsic, gene functions and the influence of the stem cell niche microenvironment to the overall interpretation of a gene function."