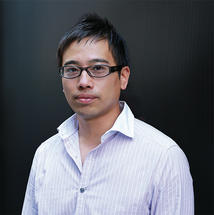 Shigeki Watanabe, Ph.D. has won the 2015 Eppendorf & Science Prize for Neurobiology for his work on vesicle endocytosis.

The Japanese scientist Shigeki Watanabe, Ph.D., Postdoctoral Fellow at the University of Utah and Charité - Universitätsmedizin in Berlin has won the 2015 Eppendorf & Science Prize for Neurobiology for his work on vesicle endocytosis.  Dr. Watanabe has developed two novel techniques in electron microscopy that allow visualization of protein and membrane dynamics at synapses at a millisecond temporal resolution.

Shigeki Watanabe writes, “Speed is a critical factor at synapses. To sustain synaptic transmission, synaptic vesicles must be reconstituted rapidly at synapses. To elucidate the mechanisms underlying synaptic vesicle recycling, I was able to combine optogenetic stimulation of neurons with high-pressure freezing and captured dynamic membrane movements in electron micrographs with a millisecond temporal resolution. The use of this technique has led to the discovery that a novel form of clathrin-independent endocytosis, now termed ‘ultrafast endocytosis’, retrieves vesicles from the plasma membrane immediately after vesicle fusion. I was further able to demonstrate that endocytic vesicles are delivered to a synaptic endosome, from which clathrin regenerates synaptic vesicles. These results indicate that the immediate role for endocytosis is perhaps not to recover synaptic vesicles, but rather to clear the fusion site so that another vesicle can fuse in rapid succession. The discovery of this recycling pathway will advance our understanding of the cellular and molecular underpinnings of the vesicle cycle at synapses.”

Dr. Watanabe is starting his own lab at Johns Hopkins University where his research will focus on understanding the mechanisms underlying the rapid reorganization of membrane, proteins, and organelles that mediate synaptic plasticity.

The annual US$25,000 Eppendorf & Science Prize for Neurobiology honors scientists, like Dr. Watanabe, for their outstanding contributions to neurobiology research. Shigeki Watanabe is the 14th recipient of this international award. The Prize is presented at a ceremony held in conjunction with the Annual Meeting of the Society for Neuroscience. All scientists who are 35 years of age or younger and who have made outstanding contributions to neurobiological research based on methods of molecular and cell biology are invited to apply. The next deadline for applications for the Eppendorf & Science Prize for Neurobiology is June 15, 2016.