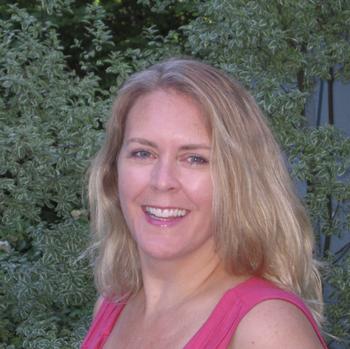 The Human Proteome Organization (HUPO) will award Christie Hunter, Ph.D, director of proteomics applications at AB SCIEX, its 2013 Science and Technology Award at an award ceremony HUPO 2013 conference in Japan.  Dr. Hunter is being recognized for her contributions to the development and commercialization of a breakthrough approach for targeted proteomics.  The analytical strategy of targeted proteomics was recently named “Method of the Year” by Nature Methods.

Targeted proteomics is a standardized, biological research workflow that focuses on reproducibly quantifying a specific subset of proteins within a sample.  It generates data that is vital for biologists to answer hypothesis-driven, biological questions.

A decade ago, proteomics research was dominated by discovery workflows, which provided valuable information on a single sample but lacked the reproducibility to generate robust quantitation across a larger sample set.  New innovation was needed at the time to move the field beyond simply producing large lists of identified proteins and toward providing highly quantitative answers.

This led to the development of a multiple reaction monitoring (MRM)-triggered, tandem mass spectrometry (MS/MS) workflow at AB SCIEX to rapidly create high sensitivity MRM assays to target peptides that are unique to their associated proteins.  This workflow was made possible by the combination of triple quadrupole and linear ion trap functionality in a single system called the AB SCIEX QTRAP® System.

Dr. Hunter ‒ in collaboration with researcher Dr. Leigh Anderson, the founder of the Plasma Proteome Institute and head of SISCAPA Assay Technologies ‒ pioneered a workflow that applied MRM to the targeted quantification of proteins and peptides in plasma by mass spectrometry.  In their initial publication , Dr. Hunter and Dr. Anderson demonstrated that a targeted workflow could be applied to multiplexed quantitation of proteins in human plasma with high reproducibility and high confidence in the results.

The impact of the paper resulted in broad adoption of the MRM technique around the world to accelerate the verification and validation of putative protein biomarkers, generating more than 800 citations, according to Google Scholar.  Less than a decade after this important work, most proteomics laboratories today use a triple quadrupole-based mass spectrometer to perform MRM analysis.