First infrared based microscope with quantum light: The future of bio-medicine? 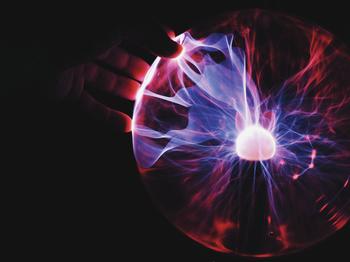 Photo by Ramón Salinero on Unsplash

The researcher team from Humboldt University Berlin and the Experimental and Clinical Research Center (ECRC), a joined institution from Charité Berlin and Max Delbruck Center for Molecular Medicine in the Helmholtz Association, is featured on the cover of ‘Science Advances’ with their new experiment. For the first time they successfully used entangled light (photons) for microscope images. This very surprising method for quantum imaging with undetected photons was only discovered in 2014 in the group of the famous quantum physicist Anton Zeilinger in Vienna. The first images show tissue samples from a mouse heart.

The team uses entangled photons to image a bio-sample probed by ‘invisible’ light without ever looking at that light. The researchers only use a normal laser and commercial CMOS camera. This makes their MIR microscopy technique not only robust, fast and low noise, but also cost-effective - making it highly promising for real-world applications. This use of quantum light could support the field of biomedical microscopy in the future.

Current camera detection is unequivocally dominated by silicon based technologies. There are billions of CCD (charge coupled device) and CMOS (complementary metal oxide semiconductor) sensors in digital cameras, mobile phones or autonomous vehicles. These convert light (photons) into electrical signals (electrons). But like our human eyes, these devices cannot see the important mid-IR range. This wavelength range is very important for biological science, containing valuable bio-chemical information that allows researchers to tell different biomolecules apart. The few camera technologies that exist at these crucial wavelengths are very expensive, noisy and subject to export restrictions. That is why the huge potential mid-IR light has for the life sciences so far remained unfulfilled. But researchers have proposed a new solution: “Using a really counterintuitive imaging technique with quantum-entangled photons allows us to measure the influence of a sample on a mid-IR light beam, without requiring any detection of this light” explains Inna Kviatkovsky, the lead author of the study.

There is also no conversion or so-called ‘ghost-imaging’ involved, but the technique relies on a subtle interference effect: first a pair of photons is generated by focusing a pump laser into a nonlinear crystal. This process can be engineered, such that one of the photons will be in the visible range and the other one in the MIR (invisible). The MIR photon probes the sample and is together with the visible photon and the laser sent back to the crystal. Here, quantum interference takes place - between the possibilities of the photon pair being generated on this first pass, and the possibility of not being generated on the first pass, but instead on the second pass through the crystal. Any disturbance, i.e. absorption caused by the sample, will now affect this interference and intriguingly this can be measured by only looking at the visible photons. Using the right optics one can build a mid-IR microscope based on this principle, which the team showed for the first time in their work.

„After a few challenges in the beginning, we were really surprised how well this works on an actual bio-sample.” Kviatkovsky notes. “Also we shine only extremely low powers of mid-IR light on the samples, so low, that no camera technology could directly detect these images.” While this is naturally only the first demonstration of this microscopy technique, the researchers are already developing an improved version of the technique. The researchers envisage a mid-IR microscope powered by quantum light that allows the rapid measurement of the detailed, localized absorption spectra for the whole sample. “If successful this could have a wide range of applications in label-free bio-imaging and we plan to investigate this with our collaboration partners from ECRC”, Dr. Sven Ramelow, group leader at Humboldt University, explains.