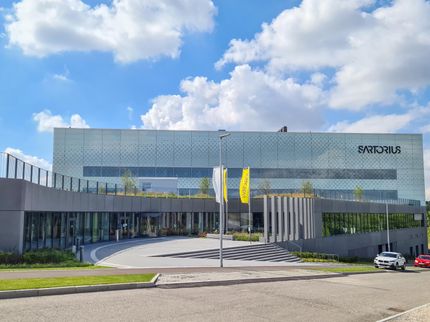 Sartorius recorded a dynamic start to fiscal 2022, with sales revenue and earnings posting strong double-digit growth rates in the first quarter compared with the prior-year period. Based on its performance in the first three months, Sartorius confirms its outlook for fiscal 2022.

“Sartorius had a good start to 2022. We continued to grow in both divisions and also achieved a further slight margin increase despite rising logistics and material costs as well as negative influences from currencies. The pandemic-related effects and the development of order intake are normalizing, as expected. Demand for our products is high in all segments, and our investments in the expansion of production capacities are making good progress. In addition, the acquisitions of Automated Lab Solutions and the chromatography business of Novasep strengthened the positioning of both divisions. In light of the positive performance in the first three months and the healthy demand situation, we are confirming our outlook for the current fiscal year. However, the global political and economic uncertainties have increased substantially with the outbreak of war in Ukraine, further increasing the strain on supply chains and the risks arising from significantly higher inflation rates,” said Executive Board Chairman and CEO Joachim Kreuzburg.

In the first quarter, Group sales revenue rose by 25.4 percent year-over-year in constant currencies (reported: + 29.5 percent) to around 1,025 million euros. The performance was driven by strong organic growth in both divisions, while acquisitions contributed almost 2 percentage points to the increase. All three business regions – EMEA, Americas, and Asia | Pacific – posted double-digit percentage growth in constant currencies.

Order intake was in line with expectations compared with the exceptionally strong prior-year quarter, reaching 1,112 million euros (- 5.8 percent in constant currencies; reported: - 2.3 percent). In the Bioprocess Solutions Division, in particular, the first quarters of 2021 were influenced by extraordinarily high demand related to the coronavirus pandemic and changed ordering patterns by some customers, who placed their orders further in advance than usual.

As a result from the growth in sales revenue, underlying EBITDA rose by 32.4 percent to 349 million euros in the first quarter. The corresponding margin improved to 34.1 percent, up from 33.3 percent a year earlier, despite being impacted by negative currency effects. Relevant net profit rose by 37.5 percent from the prior-year period to 167 million euros. Underlying earnings were 2.44 euros (prior-year quarter: 1.77 euros) per ordinary share and 2.45 euros (prior-year quarter: 1.78 euros) per preference share.

The Sartorius Group continues to have a very sound balance sheet and financial base. As of March 31, 2022, its equity ratio stood at 33.1 percent (December 31, 2021: 30.2 percent). Net debt to underlying EBITDA was 1.4 as of the reporting date, compared with 1.5 at year-end 2021. Cash flow from investing activities stood at –99 million euros as planned, compared to –90 million euros in the first quarter of 2021. The ratio of capital expenditures (CAPEX) to sales revenue reached 9.4 percent, compared with 10.2 percent in the prior-year period.

Increase in the number of employees

The Bioprocess Solutions Division, which offers a wide array of innovative technologies for the manufacture of biopharmaceuticals and vaccines, recorded a year-over-year sales revenue increase of 29.2 percent in constant currencies (reported: + 33.4 percent) to 815 million euros in the first quarter. All business areas contributed to this development with clear double-digit growth rates. The non-organic contribution from acquisitions was around 2 percentage points.

As expected, order intake fell by 9.8 percent in constant currencies (reported: - 6.6 percent) to 890 million euros on the back of the exceptionally high figure for the prior-year period, which was influenced by changed ordering patterns by some customers, who placed orders further in advance than usual, and strong demand from manufacturers of coronavirus vaccines.

The management confirms the outlook for the current fiscal year. Consolidated sales revenue is expected to increase by about 15 percent to 19 percent, with non-organic growth from acquisitions projected to contribute about 2 percentage points. The company’s underlying EBITDA margin is expected to reach about 34 percent this year.

The CAPEX ratio is anticipated to be about 14 percent and net debt to underlying EBITDA to be about 1.1 at year-end. Possible further acquisitions are not included in this projection.