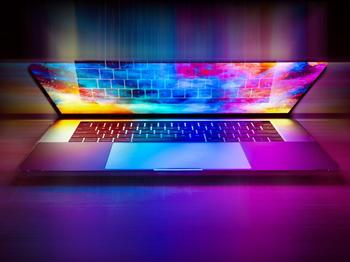 A new software tool can accelerate materials science research by cutting out tedious background research on material properties. Penn State and Sandia National Laboratories researchers recently debuted propSym, an open-source software on the programming platform MATLAB, to calculate the fundamental constants needed to describe the physical properties of solids, such as metals, ceramics or composites.

“Some physical models contain hundreds or thousands of redundant components, which can make the model overwhelming,” said Anubhav Roy, a doctoral student in engineering science and mechanics in the Penn State College of Engineering and first author on the paper. “The program is able to greatly reduce the number of components for any physical property that is connected to solids with inherent crystalline symmetry.”

The researchers developed propSym, the details of which were published in the Journal of Applied Crystallography, after they could not find reliable information about langasite — a material used in sensing and energy harvesting devices — in a separate joint study with Sandia National Labs.

“Traditionally, the relationships between fundamental constants and material symmetries are found only in appendices of textbooks or tables in journal articles,” said Christopher Kube, assistant professor of engineering science and mechanics at Penn State, who led the project. “After a thorough search, we were not able to find reference data for several nonlinear material properties for langasite. When data were available, we found instances of typos and inconsistencies across references. Incorrect input data will ruin a model.”

Kube and his collaborators used propSym to determine the properties of langasite, such as elasticity and the ability to accumulate electric charge. But Kube emphasized the program is not limited to those two properties alone.

“The software is adaptable to nearly any physical property of interest; the possibilities really are endless,” Kube said. “Ultimately, I hope propSym helps to lower the entry barrier for analytical modeling of complex physical behavior. A lot of modern problems in the sciences often are deemed too challenging for analytical models without serious consideration of an analytical approach.”

PropSym is open-source and available for download for anyone with MATLAB.