A Record Year for ZEISS 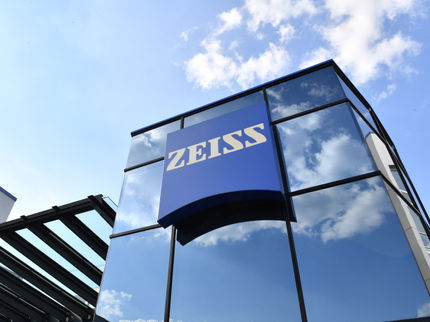 "2021 is a very special year for ZEISS. 175 years ago, Carl Zeiss laid the foundations for a company that has grown into a technology leader and proves time and again that it can push the limits of what is technically feasible. We are of course particularly delighted to have achieved record results once again in our anniversary year," said Dr. Karl Lamprecht, ZEISS President and CEO. "While there is certainly room to improve in a number of areas, double-digit growth across all four ZEISS segments demonstrates that we are on the right path thanks to our balanced portfolio and our ZEISS Agenda. Upwards of 35,000 employees, a high capacity for innovation, as well as excellently aligned segments and all regions contribute to this growth."

Business at ZEISS' four segments has developed very well over the past fiscal year.

The Semiconductor Manufacturing Technology segment achieved another record result in the past fiscal year. There has been sustained high demand for the innovative extreme ultraviolet (EUV) lithography systems and deep ultraviolet (DUV) lithography systems. Chips produced using EUV technology are deployed in the latest smartphones. The next EUV generation, High-NA EUV, will enable the production of even higher-performance and more energy-efficient chips at a lower cost.

The Medical Technology segment reported a considerable increase in its turnover despite a fraught situation in its supply chain. The segment benefitted from strong growth in recurring revenues like consumables, implants and services in ophthalmology. Microsurgery sales also continued to recover. At the end of the fiscal year innovations were unveiled for cataract and refractive laser surgery and for digitalization.

The Consumer Markets segment has recovered from the impact of the COVID-19 pandemic and generated clear growth. In ophthalmology, innovations related to ZEISS branded lenses in particular, as well as digital products and services and rising purchasing power in emerging countries, all contributed to this growth. The conditions for logistics and delivery reliability will remain challenging. Innovations for nature observation and hunting, and the expansion of strategic partnerships for mobile photography, have allowed the company to compensate for declining demand for camera and interchangeable lenses.

Expenditure on research and development was further increased and amounted to 943 million euros, or roughly 13 percent of revenue (prior year: 812 million euros). This was done primarily through the ZEISS Semiconductor Manufacturing Technology segment's development roadmap as well as in the areas of digitalization and product innovation.

At the end of the reporting period on 30 September 2021, net liquidity totaled 2.120 billion euros.

Distinct revenue growth was achieved in the Americas and APAC regions in particular. Growth was also reported in the EMEA region. ZEISS' global structure therefore contributed to stability once again.

"To continue impressing customers with our innovations, we are making sizeable investments in research and development and have taken major steps in the name of sustainability," said Dr. Christian Müller, Chief Financial Officer of Carl Zeiss AG. "Sustainability is an integral part of our strategic ZEISS Agenda 2025. Five different working groups are focusing on topics like green infrastructure, green business models and social engagement in a bid to achieve outcomes that are both far-reaching and sustainable," said Müller. "That's because ZEISS aims to operate in a carbon-neutral way in its own activities worldwide by 2025."

ZEISS' targeted innovation strategy, combined with substantial expenditure on research and development and other investments, is a cornerstone of the company's accelerated growth. This also includes the targeted expansion of infrastructure, for example at the headquarters in Oberkochen, the ZEISS high-tech site construction project in Jena, and the newly opened ZEISS Innovation Center in Dublin (California, USA).

ZEISS' new collaborations and acquisitions in the past fiscal year include its partnership with global technology player vivo in the area of mobile imaging, which was announced in December. This partnership focuses on a jointly developed camera system.

Moreover, ZEISS acquired a majority stake in arivis AG in order to expand its offering in the microscopy business with innovative 3D and big data software solutions. This is how the company is bolstering its software skills and market position in the field of 3D visualization and analysis technology.

ZEISS recently announced its acquisition of Capture 3D, a top US-based company that distributes solutions for optical 3D metrology. With the completion of this transaction, Capture 3D became part of the ZEISS Industrial Quality & Research segment.

At the end of the fiscal year (30 September 2021) ZEISS had a global workforce of 35,375 employees (prior year: 32,201 employees). Headcount thus increased by 10% as compared to 30 September 2020. The ZEISS Semiconductor Manufacturing Technology segment experienced the strongest growth and hired over 800 new people.

ZEISS is closely monitoring the uncertainty created by the ongoing COVID-19 pandemic and the risks resulting from bottlenecks in the supply chain. However, the ZEISS strategy is aligned with long-term megatrends such as digitalization, demographic change and new mobility trends. The very good results achieved in the fiscal year show that all ZEISS segments are able to sustainably maintain their successful growth trajectories. ZEISS therefore expects to see a moderate rise in revenue for fiscal year 2021/22, with an EBIT yield that remains significantly
over 10%.