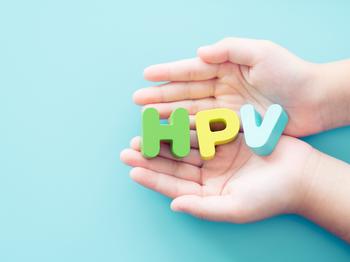 Taking HPV screening into one's own hands: The pilot study shows that samples for cancer screening could be taken independently at home in the future.

A large proportion of women who develop cervical cancer in high-income countries such as Germany do not regularly attend screening. This is particularly alarming, as cancer screenings have become much less frequent since the onset of the corona pandemic. A study by Hannover Medical School and the biotechnology company oncgnostics GmbH is testing self-tests as a possible solution to reach more people. Cervical cancer also has the best chance of recovery if detected early. The study results show that specific screening tests can be performed at home in the future.

Procedure of the pilot study

For the study, 87 patients at the colposcopy clinic of Hannover each took a smear test on themselves. A gynecological specialist then took another smear. In the first step, the samples were tested for HPV infections present. The GynTect cervical cancer test from oncgnostics was then used for all samples. This determines whether the existing HPV infection heals on its own or can develop into cancer. No further smear test is necessary for this. The test is carried out in the laboratory with the sample at hand.

In 95.5 percent of the self-smears, the result of the HPV tests matched those of the samples taken by the doctors. This is seen as a good sign that women could self-sample for this test in the future. For the GynTect test, the agreement between self-tests and physician samples was lower.

“GynTect works by using specific biomarkers. It examines the DNA of cells in a smear and raises the alarm if there are  changes typical of cancer. The study suggests that precancerous lesions as well as cancer can be detected well even with samples taken independently. Of course, the method needs to be further optimised to increase the hit rate. We are also currently working on the detection of the markers in urine samples. We are obtaining promising initial results. In addition, urine samples are much easier for the patient to take than swabs,” explains Martina Schmitz, Managing Director of oncgnostics GmbH and co-author of the study.

For further research and development on the self-tests, the Jena-based biotechnology company continues to cooperate with the Hannover Medical School and two research institutions in the Netherlands and Belgium.

Based on the promising results of this feasibility study, GynTect will be used as a clarification test for HPV-positive self-tests in the large-scale HaSCo study of the Hanover Medical School, which will start later this year and include >20,000 subjects.

Almost every adult becomes infected with HPV at some point in their lives without realising it. It is estimated that six million women in Germany become infected with HPV each year. Each year, several hundred thousand of them are diagnosed with abnormalities, some of which could develop into cervical cancer. About 4,300 develop cancer, which in turn kills about 1,600 affected individuals.