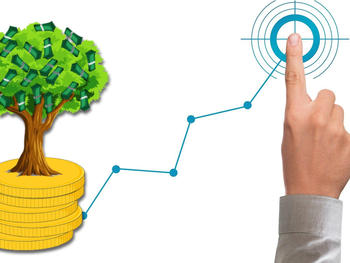 Sartorius has continued on its fast growth trajectory, closing the first half of 2021 with significant double-digit increases in both sales revenue and order intake.

“In the first six months of the year, we have seen unabated high demand for innovative technologies used in the development and production of biopharmaceuticals. Orders from customers who manufacture coronavirus vaccines and coronavirus test kits have played an additional important, though not dominant, role in this respect. The acquisitions closed in 2020 also are performing well and have added positive momentum. Our most recent acquisition of a majority stake in CellGenix, a leading global supplier of GMP‑grade cell culture components, enables us to provide our customers with even more comprehensive support in moving their drug candidates quickly and efficiently through the various steps of drug development so that innovative therapies reach patients faster,” said Executive Board Chairman and CEO Joachim Kreuzburg.

“Due to the ongoing expansion of our production facilities worldwide, we are well prepared to respond to the high demand expected to continue, and recruitment of additional employees is continuing at full speed. As communicated at the beginning of July, we significantly raised our sales and earnings forecast for the full year yet again though forecasts are currently subject to above-average uncertainty due to the various pandemic-related effects,” emphasized Kreuzburg.

Based on constant currencies, Group sales revenue rose 60.1 percent to around 1,629 million euros (reported: +54.2 percent). The majority of this growth was generated based on the strong organic expansion of the core businesses of both divisions in all regions. Acquisitions added a good 8 percentage points to the increase in sales revenue, and the growth related to the development and production of vaccines and coronavirus test kits was about 22 percentage points. Order intake grew even more dynamically, rising to 2,179 million euros (+82.4 percent in constant currencies of which around 27 percentage points were attributable to the coronavirus pandemic and around 10 percentage points to acquisitions; reported: +75.0 percent).

In the first half, underlying EBITDA was up sharply by 89.2 percent to 555 million euros while the corresponding margin rose to 34.1 percent (H1 2020: 27.8 percent). The increase was supported especially by economies of scale and, additionally, by partially deferred cost development caused by the low number of business trips and underproportionate new hires in non‑production areas due to the pandemic. These effects are expected to decrease as the year progresses. Relevant net profit for the Group grew by 108.7 percent to 259 million euros; earnings per ordinary share were 3.79 euros (H1 2020: 1.81 euros) and per preference share, 3.80 euros (H1 2020: 1.82 euros).

The Bioprocess Solutions Division, which offers a wide array of innovative technologies for manufacturing biopharmaceuticals, kept up the strong pace seen at the beginning of the year and expanded in the first half of 2021 by 62.6 percent in constant currencies to 1,266 million euros (reported: +56.5 percent). The company’s non‑pandemic‑related core business with manufacturers of biopharmaceutical medications performed particularly well. Beyond this, the ramp-up in coronavirus vaccine production by many manufacturers added around 26 percentage points to the increase in sales revenue. Non-organic growth contributed by the acquisitions closed in the prior year was a good 6 percentage points. Growth of the division benefited from expanded production capacities at several sites and from overall stable, yet strained supply chains.

The division’s order intake increased even more strongly than its sales revenue, soaring 91.0 percent in constant currencies to 1,803 million euros (reported: +83.1 percent). Part of this higher order intake is due to the ordering patterns of some customers who in the current situation have been placing their orders further in advance than usual.

Underlying EBITDA of the Bioprocess Solutions Division rose by 86.2 percent to 460 million euros and thus at a significantly overproportionate rate in relation to sales. The respective margin climbed year over year from 30.5 percent to 36.3 percent. Economies of scale as well as a cost base that grew only slowly in some areas due to the pandemic contributed to this steep rise in profitability.

The Lab Products & Services Division, which specializes in equipment and technologies for life science research and pharmaceutical laboratories, saw sales revenue grow sharply in the first half of 2021 by 52.0 percent in constant currencies to 363 million euros (reported: +46.6 percent) compared to a prior-year period that was dampened by the pandemic. At 38 percentage points, the majority of the increase in sales revenue in the first six months of 2021 was organic, while non-organic growth was around 14 percentage points. Components used in coronavirus test kits accounted for about 9 percentage points of organic growth. Development was especially dynamic in the strategic growth area of bioanalytical instruments, which Sartorius had built up over the past years by making three acquisitions in total.

Underlying EBITDA of the Lab Products & Services Division rose very significantly in the first half of 2021 by 105.1 percent from 46 million euros in the prior-year first half to 95 million while the corresponding margin reached 26.2 percent (H1 2020: 18.7 percent). This margin expansion was based on economies of scale, positive development of the product mix, and cost development that was underproportionate in some areas due to the pandemic.

The Sartorius Group has a very sound balance sheet and financial base. At the end of the first half, the equity ratio stood at 31.3 percent (December 31, 2020: 29.9 percent). Net debt to underlying EBITDA was 1.8 on the reporting date, relative to 2.6 at year-end 2020. The ratio of capital expenditures (CAPEX) to sales in the first half of 2021 was 9.0 percent relative to 8.5 percent in the year-earlier period. Overall cash flow from investing activities rose in the reporting period by 71.3 percent, amounting to –159.9 million euros.

Substantial increase in the number of employees

As of June 30, 2021, the Sartorius Group employed a total of 11,981 people worldwide. Compared with December 31, 2020, headcount thus rose considerably by 1,344 or around 12.6%. The higher increase in the number of employees compared with previous years is especially attributable to the expansion of production capacities that was moved ahead of schedule and accelerated to some extent. However, due to the pandemic, buildup of the workforce was underproportionate on the whole compared with the company’s business development. This trend particularly affected the non-production departments, such as sales and marketing functions, and is expected to subside as a result of additional hires during the further course of the year.

Forecast for the full year of 2021 raised

The investment program for 2021 is to remain unchanged at around 400 million euros. Due to the sales revenue that is now expected to be higher, the corresponding CAPEX ratio for the Group is projected at about 12 percent (previously about 14%). The focus of the substantial investments is on the partly extended and accelerated expansion of production capacities, primarily at sites in Germany, Puerto Rico, China, and South Korea. Net debt to underlying EBITDA1 is expected to be slightly below 2.0 at year-end (previously about 2.0). Possible acquisitions are not included in these projections.

Mid-range targets updated in January 2021 remain unchanged and assume that for 2025, consolidated sales revenue will increase to about 5 billion euros at an underlying EBITDA margin of around 32 percent.

All forecasts are based on constant currencies as in the past years. In addition, the company assumes that the global economy will increasingly recover as the current year progresses and that supply chains will remain stable.