On the line: Watching nanoparticles get in shape 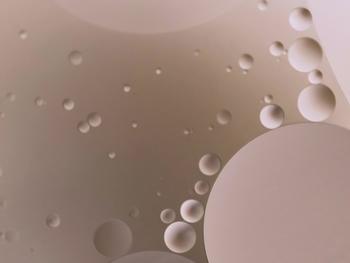 Photo by Dustin Humes on Unsplash

Liquid structures - liquid droplets that maintain a specific shape - are useful for a variety of applications, from food processing to cosmetics, medicine, and even petroleum extraction, but researchers have yet to tap into these exciting new materials' full potential because not much is known about how they form.

Now, a research team led by Berkeley Lab has captured real-time high-resolution videos of liquid structures taking shape as nanoparticle surfactants (NPSs) - soap-like particles just billionths of a meter in size - jam tightly together, side by side, to form a solid-like layer at the interface between oil and water.

Their findings, recently featured on the cover of Science Advances, could help researchers better optimize liquid structures to advance new biomedical applications such as reconfigurable microfluidics for drug discovery and all-liquid robotics for targeted cancer drug delivery, among others.

In experiments led by co-author Paul Ashby , a staff scientist in Berkeley Lab's Molecular Foundry and Materials Sciences Division, and Yu Chai, a former postdoctoral researcher in the Ashby group who is now an assistant professor at The City University of Hong Kong, the researchers used a special imaging technique called atomic force microscopy (AFM) to take the first-ever real-time movies of the NPSs crowding together and getting jammed at the oil-water interface, a critical step in locking a liquid into a specific shape.

The researchers' movies unveiled a portrait of the NPS interface with unprecedented detail, including the size of each NPS, whether the interface was composed of one or multiple layers, and how much time elapsed, down to the second, for each NPS to attach to and settle into the interface.

The spectacular AFM images also showed the angle at which an NPS "sits" at the interface - an unexpected result. "We were surprised by how rough the interfaces are," Ashby said. "We had always drawn illustrations of a uniform interface with nanoparticles attached at the same contact angle - but in our current study, we found there is actually a lot of variation."

Most nanoscale imaging tools can only investigate immobile samples that are either dry or frozen. Over the past couple of decades, Ashby has focused his research on developing unique AFM capabilities that allow the user to control the probe tip so it gently interacts with fast-moving samples, such as the NPSs of the current study, without touching the underlying liquid - a challenging feat.

"Imaging a liquid structure at the nanoscale, and watching the nanoparticles move around in liquid in real time using an AFM probe - that wouldn't be possible without Paul's extensive expertise," said co-author Thomas Russell , a visiting faculty scientist and professor of polymer science and engineering from the University of Massachusetts who leads the Adaptive Interfacial Assemblies Towards Structuring Liquids program in Berkeley Lab's Materials Sciences Division. "These kinds of capabilities aren't available anywhere else except at the Molecular Foundry."

The researchers next plan to study the effect of self-propelling particles in NPS liquid structures.