i3 Membrane receives 7 figure sum for development and market launch 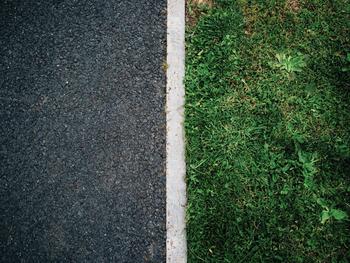 Photo by Will Francis on Unsplash

Four investors are financing the further growth of i3 Membrane GmbH. High-tech venture capital investor HTGF from Bonn, Germany, and three private investors are together investing a 7 figure sum in the further development and market launch of new separation technology for biological molecules. The centerpiece for this round of financing is the construction of the company’s own production facility for membrane filters in Radeberg near Desden. The new separation technology is to be made ready for the market. It is based on the use of electric fields to separate and recover biomolecules such as proteins and antibodies. This technology has been under development since 2016 and is now secured worldwide with more than 7 patents. Biotechnological separation processes are becoming more gentle, more efficient and simpler.

"In future, biotechnological processes and the corresponding separation technologies will play a central role not only in vaccine manufacture but also in the development of intelligent cancer drugs", said Stephan Brinke-Seiferth, Managing Director of i3 Membrane GmbH.

The newly-developed separation technology is based on the use of electric fields to attract or repel charged biomolecules. So-called chromatographic (intrinsically charged) membranes have been on the market for about 15 years and are being used increasingly in biotech separation processes.

The advantage of these polymer membranes lies in their efficiency, which is around 10 times higher than that of conventional chromatographic separation processes. The disadvantage is that adsorbed biomolecules can only be recovered by using high salt concentrations or altering the pH value. i3’s new technology eliminates this disadvantage. With the aid of ultrathin gold layers deposited directly on the membrane surface, electric fields can be created by the application of voltage. Adsorbed biomolecules can thus be recovered simply by switching on the power.

The market for chromatographic membranes currently has an annual turnover of about 300 million US dollars worldwide and very strong growth of about 20 percent per year. The use of this membrane technology will accelerate biotech development.

"We were convinced by the intelligent innovation, which is nevertheless simple, and the new properties of the filter membranes. We are very glad to be continuing our support for the experienced team in growing the company", said Marco Winzer, Investment Manager at HTGF.