New technology provides insight into the development of immune cells 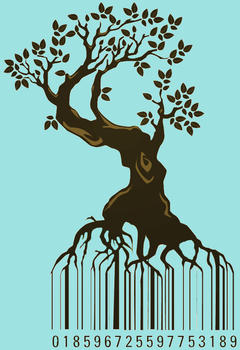 The entire range of our blood and immune cells are derived from hematopoietic stem cells. Yet which genes influence how they develop into the different cell types? Scientists from the German Cancer Research Center (DKFZ) have now developed a new technology to answer this question. A genetic marker system enables researchers to follow which development path the cells take at the same time as identifying which genes are actively transcribed as messenger RNAs.

During hematopoiesis, the various blood cells – blood platelets and red and white blood cells – arise in the bone marrow from hematopoietic stem cells via several precursor stages. The methods available to date enabled researchers to either follow the fate of the stem cells or to study which genes are transcribed and turned into RNA in stem cells. Thorsten Feyerabend's team under Hans-Reimer Rodewald at the DKFZ has now teamed up with systems biologist Thomas Höfer, also from the DKFZ, to develop a new technology that combines both these aspects for the first time.

PolyloxExpress barcoding is based on a system also developed by Rodewald's laboratory for the genetic marking of cells that works like a barcode. It makes use of the fact that DNA sequences at a location on the genome that does not contain any genetic information are reorganized randomly or removed following activation of Cre, which acts as molecular "scissors." As this creates up to 1.8 million different DNA sequences, the stem cells receive a personal code that is passed on during cell division, transcribed as messenger RNAs, and can be followed during development of the immune cells.

The researchers have now combined this marking system with RNA single cell analysis to examine the transcriptome, in other words the entire set of all genes actively transcribed from DNA into RNA in a cell. "We tested the system on mouse blood stem cells and were thus able to demonstrate that hematopoietic stem cells have different characteristic transcription profiles depending on the type of cell that they go on to generate. This is the first step in identifying the molecular factors that determine which particular cell type a stem cell gives rise to, " explained Rodewald. "The system also has great potential beyond that: In principle, it can be transferred to stem cells in other organs or tissues." The refined barcode system might also be useful in future for studies on the development and spread of cancer, for example by providing information about which cells in a tumor can form metastases.