How to separate nanoparticles by “shape” 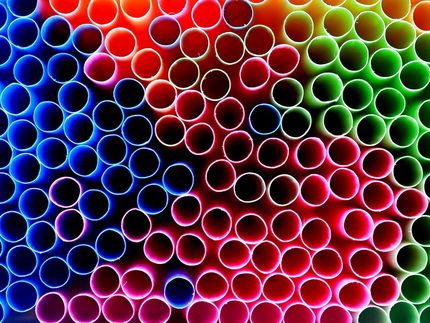 In our daily lives, the purpose and function of an item is defined by either its material, e.g. a rain jacket is fabricated of water-proof material, or its shape, e.g. a wheel is round to enable a rolling motion. What is the impact of the two factors on the nanoscale?  The impact of material, i.e. the chemistry of the building block, has been excessively varied and the impact on polymer properties investigated leading to new functional materials, as for example slush powders. On the contrary, the impact of ’shape’ has not been elucidated yet, since we are lacking reliable shape-sensitive separation techniques. Scientists of the University of Vienna and the International School of Advanced Studies in Triest, have overcome this hurdle.

The researchers developed a strategy how to separate knotted ring polymers from unknotted ones. Polymers are long molecules, consisting of  the periodic repetition of a building block called a monomer. Lisa Weiß and Christos Likos of the University of Vienna together with Cristian Micheletti and Mattia Marenda of the International School of Advanced Studies (SISSA) investigated the influence of topology, which is the mathematical precise expression for ‘shape’, on polymers and how to separate them. Distinct topologies in polymer science are the unknot, which can be imagined as a closed pearl necklace, each pearl representing a monomer, or various knotted structures captured on a ring polymer, corresponding to knotting a necklace and permanently closing it afterwards.

The key idea is to use  modulated nanochannels; i. e., channels of a small radius, which is increasing and decreasing periodically along the channel axis. On such length and time scales thermal motion, known as well as Brownian motion, is an important player, determining the magnitude of diffusion, a term describing the random displacement of polymers.

Without flow, the channel modulation inverts the ranking of diffusivities compared to an unconfined system, such that the fastest diffusing species in bulk is the slowest in a modulated channel.  Unfortunately, due to the random nature of diffusion, it cannot be employed for separation. Therefore, the researchers applied weak flows, using special simulation techniques, which correctly take into account the solvent mediated momentum transfer. For sufficiently small flow strengths they can indeed separate distinctly knotted molecules.

This mechansim is based on the fact that the average transport velocity due to flow is smaller compared to the random displacement per typical polymer time scale, and polymers have enough time to diffusively explore the channel cross-section before being transported to the next chamber. As long as this condition is met,  unknotted polymers can be transported up to ten times as fast as their knotted counterparts, leading to a reliable separation. Interestingly, the size of the constriction is not of crucial importance. Nevertheless, the ratio of  constriction size to the average size of a knot can be used to control whether the knot is leading or trailing behind the rest of the polymer, establishing thereby preference for different translocation modes.

The collaboration took place in the framework of the Marie-Curie research network Nanotrans, allowing to combine the Viennese knowledge on hydrodynamics with the knot expertise based in Trieste.