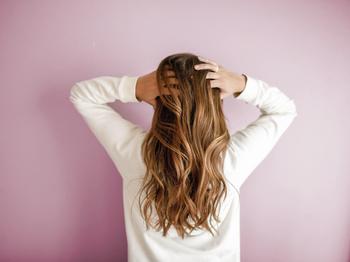 Photo by Element5 Digital on Unsplash

For decades, forensic scientists have tested strands of hair to reveal drug use or poisoning. But in recent years, reports have questioned the technique -- in particular, its ability to distinguish between the intake of a substance and external contamination of the hair. Now, researchers have reported a new method that appears to do just that in the ACS journal Analytical Chemistry.

When a person ingests a drug or medication, the substance travels through the bloodstream to the roots of their hair, where it becomes incorporated. Because hair grows at a rate of about 0.4 inches per month, researchers can estimate when a drug was taken by analyzing different segments of a strand cut horizontally from root to tip. However, with current methods, it can be difficult to tell whether a person actually ingested a substance or simply handled the drug and transferred it to their hair. Thomas Kraemer, Markus Baumgartner and colleagues wanted to develop a method that could distinguish between contamination and actual incorporation of drugs from the circulatory system.

The researchers analyzed single hairs from volunteers who had taken the sleeping medication zolpidem many times or only once. They found that by splitting the hair lengthwise to expose the entire inner compartment, they greatly increased the sensitivity of zolpidem detection by mass spectrometry compared to current approaches, allowing them to distinguish between ingestion and contamination. The team then developed and assessed a washing protocol that removed most of the contaminating zolpidem from hairs that were soaked in the drug or contaminated with sweat or body oils. Importantly, the washing method preserved drug that was tightly bound inside the hair, the majority of which had been deposited by the circulatory system upon ingestion.