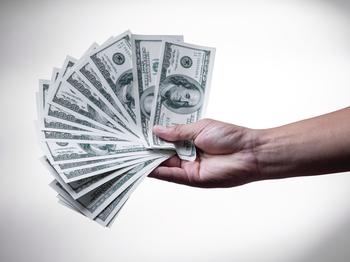 ONI, a biotechnology company democratizing the ability to observe single molecules in living cells with its desktop Nanoimager microscopy platform, announced the closing of a $75 million Series B financing. The round was led by ARCH Venture Partners and Casdin Capital, with participation from Section 32, ARTIS Ventures, Vertical Venture Partners, Axon Ventures and private investors, including Paul Conley. Existing investors, including Oxford Science Enterprises, also participated in the round.

“ONI’s technology democratizes cutting-edge science, enabling researchers to develop new angles to explore and understand the complexity of biological systems at super-resolution,” said Keith Crandell, Co-founder and Managing Director at ARCH Venture Partners. “The more we understand about these intricate systems, the closer we will get to engineering biology. This single-molecule information and the light it sheds on disease mechanisms will allow possibilities that were previously unimaginable in the design of novel therapeutics and diagnostics.”

“Innovative tools that drive biological insights and technologies to elucidate cell biology at high resolution represent the next critical wave of discovery and application,” said Shaun Rodriguez, Director of Life Science Research at Casdin Capital. “Realizing this immense opportunity requires technologies that are readily accessible to many researchers, and the talented team at ONI are uniquely capable of driving broad adoption of this platform to disrupt large and important end markets.”

“Since our founding, we have placed over 120 Nanoimagers and have empowered over 650 scientists with accessible single molecule technology,” said Bo Jing, founder & CEO of ONI. “We are proud that our products have added unique insights to the biomedical research of our customers and that they have accumulated more than 110 scientific publications over the past several years, with that number rapidly rising. I would like to thank all of our investors for their solidarity with ONI’s mission to democratize this fundamental discovery tool. We look forward to learning from Keith and Shaun who have joined our board and welcome their guidance for the next phase of growth.”

Proceeds from the financing will be used to grow ONI’s commercial and R&D teams in the US and Asia, driving technology adoption in those geographies. Funds will also be used to expand ONI’s portfolio of consumables and cloud-based software apps; working together, they become end-to-end automated solutions for application verticals. The first two applications are in the space of extracellular vesicles and cell therapy, especially chimeric antigen T-cell (CAR-T) therapy. In both cases, ONI brings superior sensitivity and true quantification to the detection of protein biomarkers, down to a single copy of a protein, and provides the capability to spatially and temporally resolve the position of these biomarkers with 20 nm accuracy.

This data will help biotech and pharma companies create more efficacious and better targeted therapies and identify spatial scales across large complex structures down to single molecules. This ability to put the building blocks of life into large scale context will generate breakthroughs across the life sciences spectrum, including neuroscience, epigenetics, virology, immuno-oncology, drug development, diagnostics and vaccine development. ONI has customers in all of these diverse biomedical areas already and anticipates growing its customer base by releasing targeted and streamlined solutions for each field.

In addition to the new financing, ONI announced an expanded executive team. Together with founder & CEO, Bo Jing, the team now comprises:

Keith Crandell, Co-founder and Managing Director at ARCH Venture Partners, and Shaun Rodriguez, Director of Life Science Research at Casdin Capital, have joined ONI’s board of directors in addition to Patrick Finn, Chief Commercial Officer at Twist Bioscience who joined in 2021.