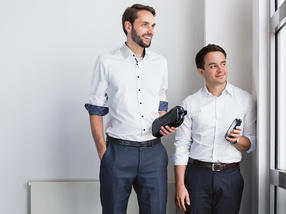 The Dräger Safety AG & Co. KGaA increased its stake in bentekk GmbH to 75% in October 2018, and to 100% in February 2019. The purchase was linked to milestones already agreed upon during the first acquisition of a 51% stake in March 2017. The ›X-pid‹, developed by bentekk and produced and sold by Dräger, is a portable gas measurement device for detecting benzene and other carcinogenic substances.

Since the acquisition of the majority stake around two years ago, a second, improved generation of the ›X-pid‹ gas detector has been developed for use, the relevant explosion protection certifications have been granted, production capacities have gradually been built up and the product has been launched in all major European countries, as well as in Australia and Singapore. Beyond that, the market launches in the USA and Canada are fast approaching.

As part of the achievement of technical milestones, the bentekk founders and Managing Directors, Matthias Schmittmann and Johannes Weber, are selling their remaining shares to Dräger. The bentekk GmbH will retain its employees and remain at its location in Hamburg-Harburg. Together with Dräger employees, local teams will receive support for the ›X-pid‹ launch in the next few months and first steps toward the development of an even more sensitive product model will be taken.