For a Better Contrast 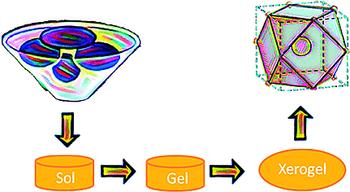 Magnetic resonance imaging (MRI) has emerged as one of the most powerful clinical imaging tools because of its superb spatial resolution and soft tissue contrast, especially when using contrast agents. In the European Journal of Inorganic Chemistry, scientists have presented a new kind of nanoparticle contrast agent combining two contrast agent classes – iron oxide and rare earth metal ions – into one chemical compound. These rare earth orthoferrites were obtained in a sol-gel process followed by autocombustion.

During an MRI scan, the patient is pushed into a “tube” in which there is a strong magnetic field. This directs the nuclear spin of the hydrogen atoms in the water molecules in the patient’s tissues. When an alternating magnetic field is superimposed, it “shoves” some of the spins out of the preferred orientation so that they synchronously “spin”. Once the alternating field is turned off, the spins return to their preferred orientation and lose their synchronicity. The times it takes for these two processes, referred to as T1 and T2 relaxation times, can be observed separately. These times depend on the environment of the spin, allowing for differentiation between tissues with different properties, such as tumors.

The contrast between normal and diseased tissues can be dramatically improved by the use of contrast agents, which influence the magnetic field. Paramagnetic compounds of rare earth metals such as gadolinium (Gd) shorten T1-relaxation times; whereas superparamagnetic iron oxide based nanoparticles act as T2-shortening agents. There is a strong interest in developing novel nanoparticle based contrast agents with enhanced T1-T2 bimodal relaxation properties. Core-shell particles and iron oxide nanoparticles with embedded Gd2O3 clusters are such agents.

Nanoparticles made of iron and rare earth metal ions interconnected into single chemical compounds, known as rare earth orthoferrites, offer a promising alternative. Yet the synthesis of the specific orthoferrite phases is very challenging, since undesired phases with different compositions can co-exist. Scientists from the Universities of Aveiro and of Coimbra (Portugal), and of the CNRS, Université Bordeaux (Pessac, France) have now developed a new approach to preparing monophasic nanosized orthoferrites LnFeO3 (Ln = europium, terbium, and gadolinium).

The method is based on a sol-gel / auto-combustion method: The precursors are dissolved in nitric/citric acid and this “sol” is heated at 200 °C to give a porous dry “gel”. The gel is treated with a flame until it burns completely into a loose powder (autocombustion). It is then heated and milled twice and finally calcinated at 800 °C. The powders were characterized as the desired orthoferrites, exhibiting a perovskite-type crystal structure. Their magnetic behavior was found to result from the contribution of two magnetic sub-lattices: an antiferromagnetic iron oxide lattice with the spins coupled through a Fe3+–O2–Fe3+ super exchange mechanism, and a paramagnetic contribution from noncoupled Ln3+ ions. In aqueous dispersions, no significant leaching of Ln3+ ions was observed. This minimizes their toxicity. Cultured Hela cells internalized the nanoparticles quickly. No cytotoxicity was observed.