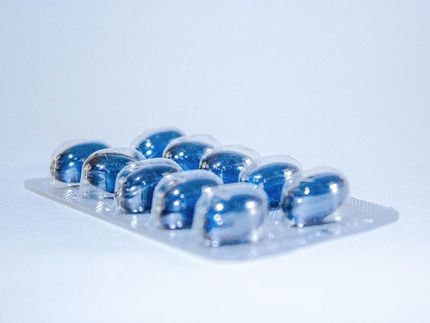 Film packaging for medicines (blisters) are often made of PET plastic.

Consider the humble plastic food wrapper. It may seem like a simple clear film that wraps a loaf of bread or fruit gummies, but these films are less simply composed as it seems. Each individual layer must be chemically treated so that it adheres well to the next. In their efforts to adapt an established X-ray analysis method to X-ray lasers, DESY scientists in collaboration with researchers at the Leibniz Institute for Plasma Science and Technology in Greifswald, Germany, have ended up showing potential improvements in the preparation of such plastic films made of polyethylene terephthalate (PET). The team reports the results in the journal Polymers.

PET is a very common material, used not only in food packaging but also, for example, in medicines packaging, in adhesive tapes, electrical capacitors and many other everyday materials. “Such items usually consist of complex layers of different films and other materials,” explains DESY researcher Elke Plönjes, who led the study. For this purpose, manufacturers treat the individual thin plastic layers with electrical plasma discharges to change the chemical composition of the plastic surface in such a way that bonding or printing becomes possible.

Plönjes' team examined the surfaces of the layers at FLASH using a technique known as X-ray ptychography. Ptychography is an imaging X-ray method that does not require optical lenses and achieves a very high spatial resolution. While ptychography is an established technique at X-ray radiation sources such as DESY's storage ring PETRA III, it is now being further developed for free-electron lasers. Free-electron lasers (FELs) generate X-ray flashes by sending highly accelerated electron bunches through a magnetic slalom course. At each turn, the fast electrons emit X-ray light that adds up to a laser-like flash. In this way, DESY's free-electron laser FLASH generates so-called soft X-rays with higher energy than ultraviolet (UV) light.

The researchers compared the surface structures of films that had been treated with two different so-called plasma processes. One sample had undergone the process most widely used in the industry, known as corona treatment. The other a newly developed process that treats the films with plasma almost a hundred times more intense, but for a shorter time. As a reference, the team also examined untreated films. The goal was to find out if there were micrometer-fine differences between the two techniques and the untreated sample.

The analysis, in combination with further laboratory tests in Greifswald, shows that adjusting the treatment process even leads to more of the desired surface changes with the same energy input, which can improve the adhesive properties of the film layer. This in turn opens up the potential to save additional chemical treatments of the film surface that are often still necessary today. “Taken together, the result is the opportunity to produce better films with less effort,” explains Plönjes. “This can be of great interest to industry.”

These first ptychography experiments at FLASH show the potential of this technique on free-electron lasers, even for studying other materials. “With X-ray ptychography, we were able to image the three-dimensional structure of the PET surface in a larger area with a resolution similar to electron microscopy,” says Plönjes. “Even in these very smooth samples with only minor changes on the surface, we were able to visualize them and study the surface quality in detail.”