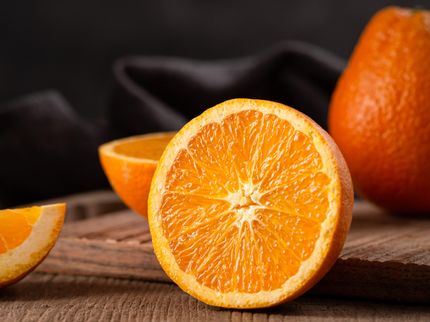 A University of Sydney PhD researcher is developing a cancer and serious disease-detecting biomedical probe that can be made from the juice of rancid oranges.

Called a nanobiosensor – a tiny probe that uses fluorescence to signal cells' pH in terms of their acidity or alkalinity – it detects whether cells are at risk, or in the early stages of cancer or other serious diseases.

When human cells become more acidic, it can suggest that cancer is not far off.

The nanobiosensor, which measures only one-billionth of a metre, is made of fluorescent carbon dots that can be created from food waste, in this case, the juice of rotten oranges. The ‘off’ oranges were used for their high levels of ascorbic acid – which improves the nanobiosensor’s functionality – and to minimise food waste going to landfill.

The process, published in Chemical Engineering Journal, involves taking a tissue biopsy of cells suspected to be cancerous, which are put in a petri dish. Using a laboratory pipette the nanobiosensor is then applied to the cells, which are then examined under a fluorescence microscope – a type of microscope that shows subtle light variations.

"Dramatic fluctuations in the acidity of cells can lead to inappropriate cell function, growth and division, and can lead to serious diseases " said lead researcher and Biomedical Engineering PhD student Mr Pooria Lesani.

"We have developed a sensitive and cost-effective nanobiosensor for real-time measuring of the degree of acidity of the cells," said Mr Lesani who is also affiliated with the Sydney Nano Institute.

“This nanobiosensor can also help us to gain a better understanding of how these diseases develop,” said Mr Lesani. His research is being conducted under the  supervision of Professor Hala Zreiqat AM Director of the ARC Centre for Innovative BioEngineering and Head of the Biomaterials and Tissue Engineering Unit.

"Many diseases start developing over many years – and even decades – before a person shows even the slightest of symptoms. With many diseases such as Alzheimer's, once there are symptoms, it is too late to treat them,” said Mr Lesani.

"Our device allows for a more accurate disease diagnosis before the onset of symptoms, as well as enabling the early detection of serious diseases associated with pH fluctuations.

"We hope this could lead to the early treatment and prevention of serious disease. Current testing methods can be complex, expensive, and time-consuming, whereas our nanobiosensor can easily be produced on a large scale at low cost.”

From bad orange to nanobiosensor

“The process for making these carbon dots for the nanobiosensor is similar to making a meal in a pressure cooker,” he said.

“We throw all the ingredients together – in this instance rancid orange juice and some water – into a reactor which somewhat resembles a pressure cooker, tightly close the lid, and place it in a scientific oven heated to around 200℃.

“The increased temperature and pressure inside the reactor break down the initial molecular structure of the ingredients, helping them form a new material: carbon dots. These dots are then used to build the nanobiosensor."

The University of Sydney