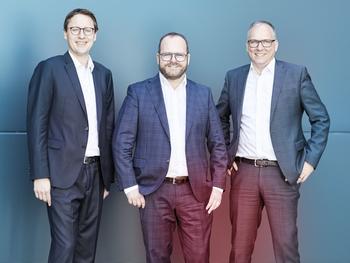 LAUDA DR. R. WOBSER GMBH & CO. KG has once again been declared World Market Leader Champion in the field of "Constant Temperature Equipment and Systems for Precise Temperature Generation". This is the fifth award in a row for LAUDA. The family-owned company has been represented in the World Market Leader Index since the survey first started. The well-respected index has been drawn up under the direction of Prof. Dr. Christoph Müller from the University of St. Gallen since 2015. Every year, the business magazine WirtschaftsWoche selects the 450 world market leaders in their respective industries in a special edition.

"We are very proud of our repeated nomination as World Market Leader Champion," says Dr. Gunther Wobser, the President and CEO of LAUDA. "Our employees in the two German locations and the twelve foreign subsidiaries work day-in and day-out to drive forward the performance of the temperature control technology and to inspire our worldwide customers with temperatures in line with our mission statement". The fact that this has also been successful against the background of a global pandemic shows that LAUDA is excellently positioned with its comprehensive portfolio of temperature control and laboratory equipment. The company has so far been able to avoid introducing short-time working and even reported a maximum number of new trainees this year. In addition, the sales level was maintained compared with the previous year with more than 90 million euro.

Equipment and systems from LAUDA are used in a wide range of industries, including the automotive and pharmaceutical industries, research & development and aerospace. In particular, LAUDA constant temperature and laboratory equipment is increasingly used in vaccine production and logistics. For example, LAUDA Versa-freeze ultra-freezers are making an important contribution to the storage of the sensitive corona vaccine. "In an extremely difficult year, this award is a welcome and motivating recognition of our performance", concludes Dr. Gunther Wobser.

LAUDA has completed the integration of laboratory devices with the "GFL Technology” quality mark over the past year, including water baths, shakers and ultra-freezers for the storage of vaccines. LAUDA has implemented a strategic corporate objective in the shape of the GOAL (Global Ordering and Logistics) project and has consistently aligned international sales to the needs of LAUDA customers by reorganizing the worldwide logistics and production processes. As a result, the world market leader has simplified and standardized its worldwide ordering process, so that it is now possible to obtain all LAUDA products from a single source.

In addition, the family-owned company is consistently pushing ahead with digitalization, e.g. with the monitoring and control of constant temperature equipment via the LAUDA Cloud in the LAUDA Ultracool circulation chillers or the new generation of LAUDA Integral process thermostats. The world market leader is also further expanding its strategic innovation management, e.g. with its collaboration in the "Maschinenraum", an innovative collaboration platform for German SMEs, and sustainable partnerships with various start-up companies, or new.degree, its innovation laboratory in Sunnyvale, CA, USA.