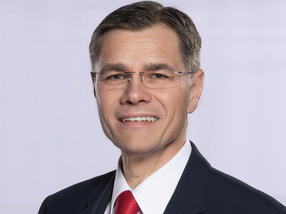 Dr. Karl Lamprecht, currently the Executive Board Member responsible for the ZEISS Semiconductor Manufacturing Technology segment, will become the new President & CEO of Carl Zeiss AG effective 1 April 2020. He will succeed Prof. Dr. Michael Kaschke, who will not renew his contract beyond his current tenure, as planned.

At its meeting on 24 September 2019, the Supervisory Board of Carl Zeiss AG unanimously voted in favor of the following changes to the Executive Board: Dr. Karl Lamprecht, currently a Member of the Executive Board, will become the new President & CEO effective 1 April 2020. With this appointment, the top position at the company has once again been filled from within the organization. Dr. Karl Lamprecht will succeed Prof. Dr. Michael Kaschke, the long-serving President & CEO of Carl Zeiss AG. As planned, after holding this office for 10 years, Prof. Dr. Kaschke will not seek another reappointment when the term of his contract expires in 2020.

Dr. Markus Weber has been appointed the new Member of the Executive Board and Head of the Semiconductor Manufacturing Technology (SMT) segment effective 1 October 2019. He currently heads the Research Microscopy Solutions strategic business unit at ZEISS.

The Supervisory Board expressly thanked Michael Kaschke for his extremely successful contribution over many years on behalf of the ZEISS Group. In the wake of another record-breaking year, the change to the Executive Board leadership comes at the right moment. "Under the leadership of Michael Kaschke, the Executive Board team of the ZEISS Group has developed and implemented forward-looking strategies. These have led to above-average growth and sustainable value creation at ZEISS for an entire decade," says Prof. Dr. Dieter Kurz, Chairman of the Supervisory Board of Carl Zeiss AG. "The company has a future-oriented business portfolio and is in an excellent position. This technology leader with a global reputation has been transformed into an active market shaper for its customers’ success. For this, we would like to extend our special thanks to Michael Kaschke. He has left his unique mark on ZEISS during his time as President & CEO and his 20 years serving on the Executive Board," says Dieter Kurz.

By making these personnel decisions, the Supervisory Board of Carl Zeiss AG is opting for continuity on the Executive Board team. With the appointment of Karl Lamprecht, it was once again possible to fill the position of President & CEO from among the company's own ranks. Karl Lamprecht is a Member of the Executive Board of Carl Zeiss AG and has headed the ZEISS SMT segment since 2017. He joined ZEISS in 2005 as Head of Strategic Business Development for semiconductor technology. There, he successfully took on different management functions. Karl Lamprecht has a wide range of management experience, including in the development of growth and innovation strategies and the realization of technology acquisitions.

"Karl Lamprecht has played an important role in the segment's successful development – especially as concerns the future technology EUV and advancing the organization and company culture," says Dieter Kurz.

Markus Weber, who has been appointed Head of the SMT segment and a Member of the Executive Board of Carl Zeiss AG, has acquired extensive experience within the ZEISS Group since joining the company in 2002. He possesses an excellent understanding of technology and many years of management experience, which he has demonstrated in challenging turnaround situations. He is currently Head of the Research Microscopy Solutions strategic business unit. He previously worked at the SMT and Medical Technology segments and was Head of Corporate Research & Technology.

"Markus Weber also has an impressive background in innovation. In addition to his comprehensive expertise, he brings with him a management philosophy firmly rooted in values and culture, which is the result of his many years of experience holding leadership positions at ZEISS," says Dieter Kurz. "In his current function, the team led by Markus Weber has successfully brought the ZEISS microscopy business back on track for success."

"This is an excellent time to pass the torch, and I am delighted by the respect and trust the Supervisory Board has placed in the Executive Board team. With this team, we have achieved dynamic growth for years that is also sustainable. Building on this foundation, we can now hit the ground running as we move ahead into the next decade of business success. This is important for our customers and our employees at the company's locations around the globe," says Michael Kaschke.