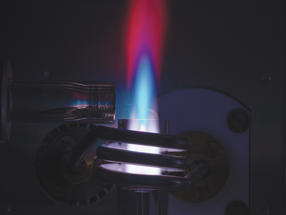 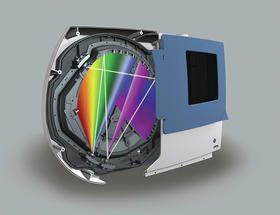 Inside view: diffracting light, the optical system separates the spectral lines emitted in the plasma 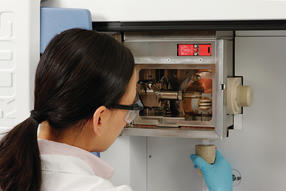 MultiView: The user simply shifts the direction of the plasma torch into a new axial or radial orientation, with a relatively simple changeover that takes about 90 seconds.

This new paper reviews the core concepts surrounding the optical interfaces that are available for ICP-OES spectrometers today and discusses the relative strengths and weaknesses of each approach.
The paper explains how each technique works and why understanding the plasma-viewing interface should be a major factor in the selection of the best technology and instrument for your laboratory or specific area of research.
The paper also introduces SPECTRO's new DSOI technology, a brand-new approach to the critical issue of plasma view design, uses a vertical plasma torch, observed via a new direct radial-view technology.